The Abduction of Casey McGraw: Part One 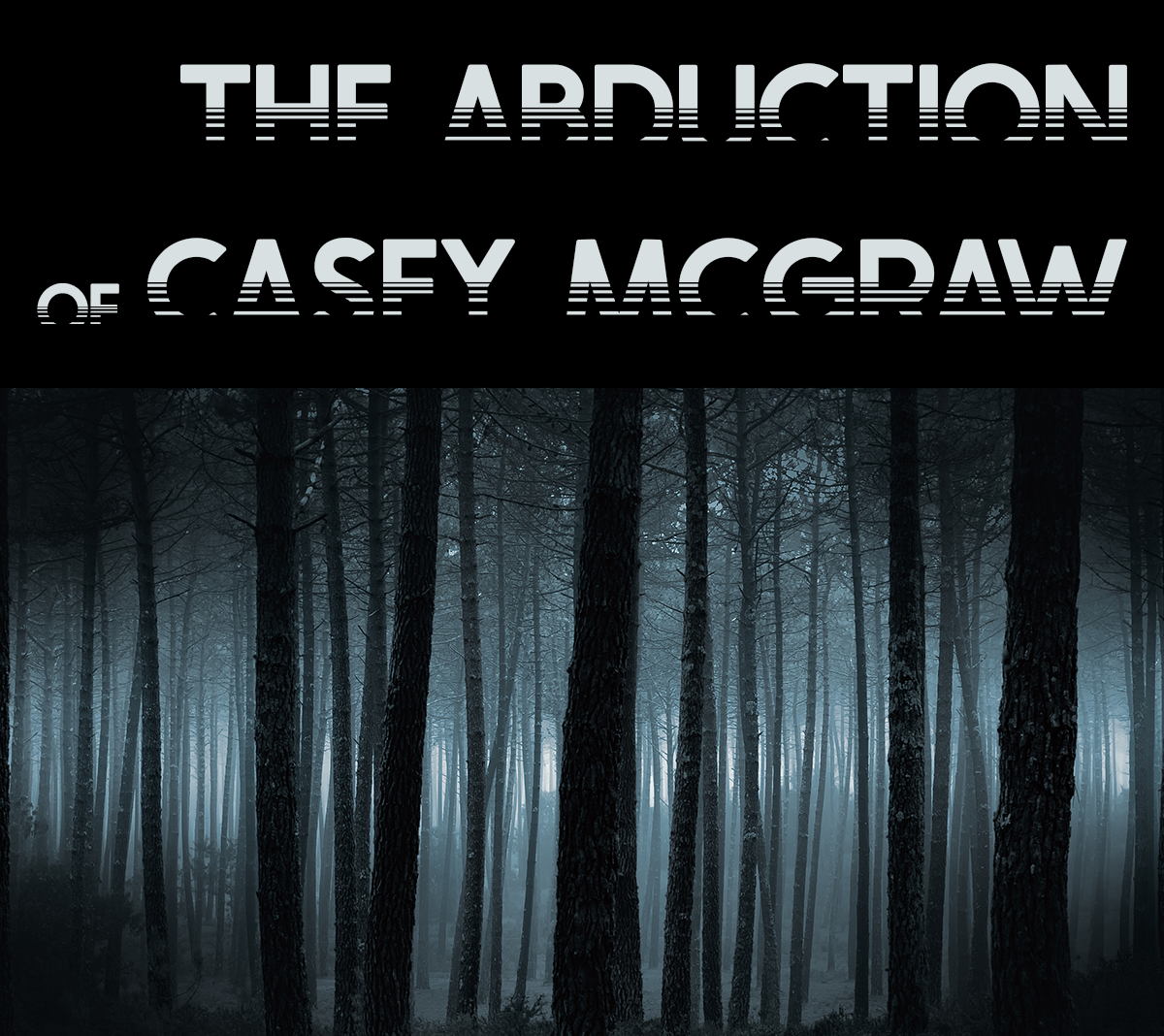 The little town of Maryforth was in an uproar. Although in the past, several odd calamities had befallen the town, for 2 years, it had enjoyed a peace that was truly appreciated by the citizens. They had suffered through a series of macabre murders and the loss of ten of its long-time residents. So when young Casey McGraw, just 17 years old, disappeared on May 24th, the police and her parents preferred to think she had simply gone somewhere without telling anybody. As the day wore on, and all her friends, including her boyfriend, had been consulted, it seemed as if she had vanished without a trace.

Chief Constable Marvin Fassenbender organized a search party that consisted of nearly the whole town. They opted to start in the forest surrounding the town on three sides without clues. The search party broke into three groups and searched through the night and the next morning. With so many volunteers, they managed to cover a very large area, but no trace of Casey was found.  The search continued for three days, with no luck. A small contingent had gone over the nearest three small towns, hoping to find Casey, perhaps simply on an unplanned, unannounced vacation. When those efforts proved futile, Constable Fassenbender called off the official search. It was known that Casey had very little spending money when she disappeared, which ruled out leaving the town via public transport. Eventually, even the most zealous searchers ran out of places to search.

Chief Fassenbender couldn’t let the town’s failure stand. He reluctantly commenced interviewing the townspeople. He really didn’t think that anyone of the locals was the abducting type. The Chief didn’t hold the town’s collective intelligence to be noteworthy and suspected that none of them was smart enough to commit a major crime successfully without giving themselves away. Moreover, they were not an ambitious bunch, and he couldn’t see any of them going to the trouble of kidnapping someone with enough attention to detail to leave not the slightest clue. As time passed, the town’s free-floating suspicion couldn’t come up with a viable suspect, so Casey’s boyfriend, Jedidiah Tislon, was elected to the position, even though the couple had broken up six weeks before Casey’s disappearance. Indeed, Chief Fassenbender was interviewing Jed for the third time when he received a call from his deputy, reporting that Casey had been found.

Mr Stephen Carling, the town barber, had been returning from a mushroom hunting foray, driving along the main highway into town, when he saw a naked, dirty girl walking down the road. Naturally, he slammed on his brakes, managing not to run her down, and saw in his rearview mirror that it was Casey McGraw. He jumped out of his Burst Epsilon and, without a word, grabbed her, picked her up and deposited her in his vehicle. He hardly knew what to say. She was obviously in bad shape, but she was smiling all the while. He couldn’t pry a word from her. He assumed severe shock. He took her to the hospital, where he called first Casey’s parents, then Chief Fassenbender. Then Mr Carling drove out of the story, only to appear two days later, hanging by his floppy neck from a support beam in his barn.